Awesome news from the HFC Hackerspace, reported by Michelle from the Just Cause Uganda Blog. 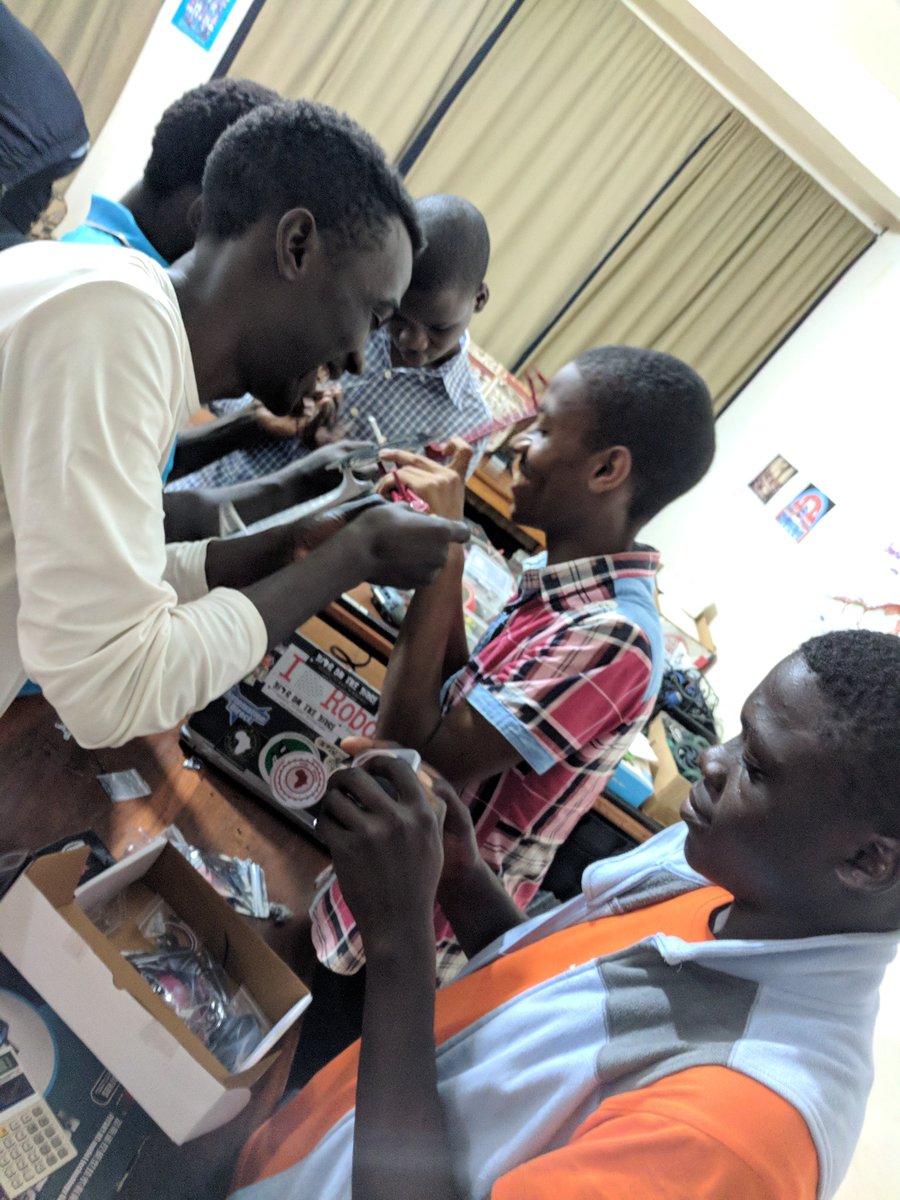 The last two years our students at the Hackerspace have attempted to build a drone as one of their projects. They were not successful with either attempt despite how innovative they were using all kinds of makeshift, repurposed and salvaged parts. But they learned all about how drones work and why their early attempts did not fly. They ended up being conceptual models rather than functional machines. 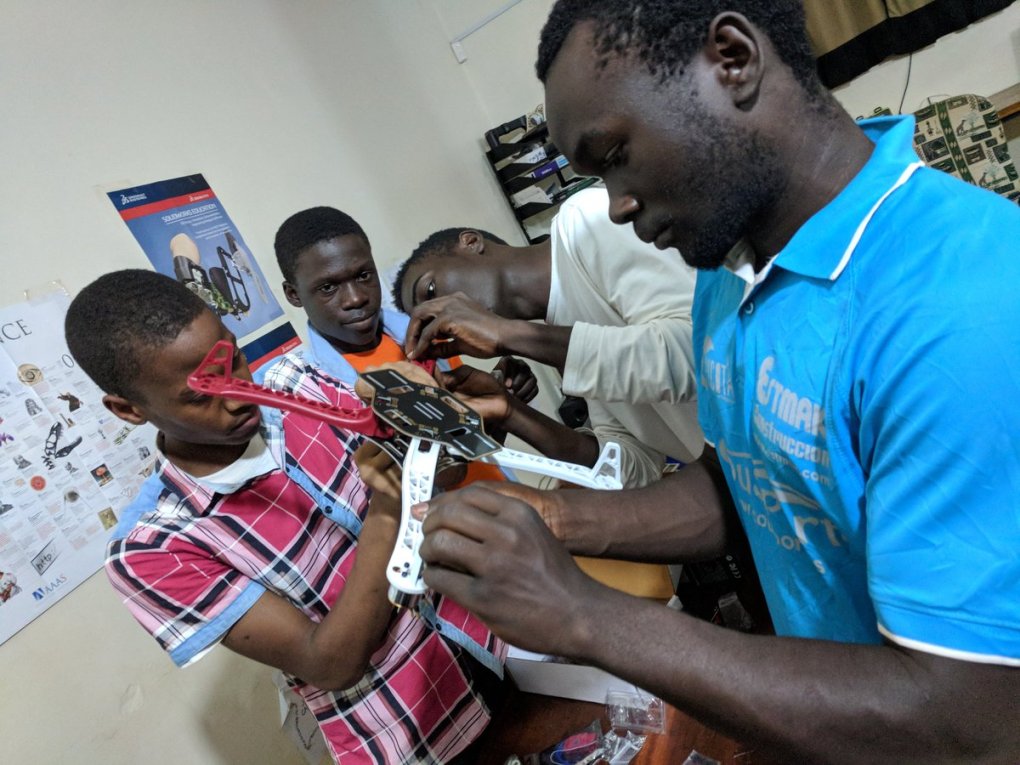 So, in order to kill two birds with one stone, we brought over a drone kit. There were some pretty excited kids, followed by 7.5 consecutive hours of quadcopter building, wiring and programming. Based on the conversations, speed and ease with which they worked with the kit (which had no manual, just parts) it was very evident just how much the the students had learned from the process of the failed attempts. We worked with them to come up with a timeline and explained the plan of what we wanted them to actually do with this drone in terms of our projects. This grew into a discussion about the potential need for the same/similar services by other NGOs and organizations in the area and how this could be sure great outreach for the Hackerspace kids to give back to the community. This effort would also really would fit with the Hackers For Charity mission and they are the organization that provide us with the Jinja space that we run our programs from! If we can make this work it’s really a triple win! 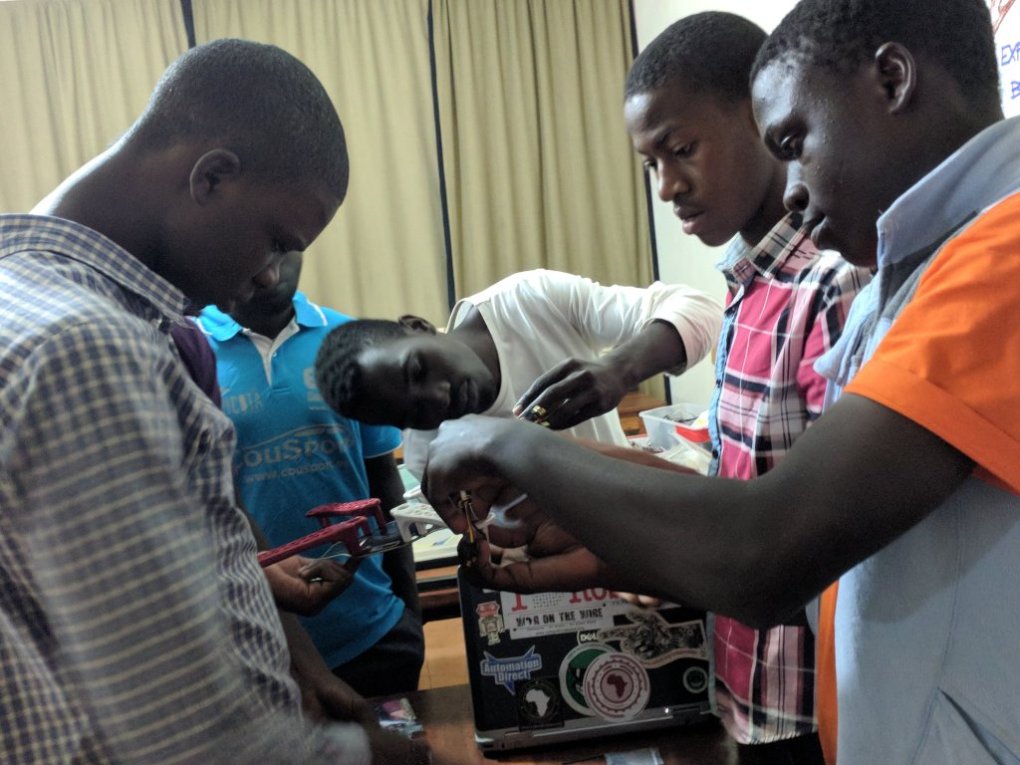 We are aiming to be able to complete the first flyover of Nanso on June 20! The kids are very confident this timeline will work out and they will be ready to help us. One of biggest challenges they’ve identified will be finding a way to use and mount and communicate from the ground with a mobile phone as the imaging device on board the drone. A GoPro was just not in the budget but we had some great mobile phones donated to us that should work for this and some light weight VEX robots parts that can be used to build a gimble/camera mount.