Home/Hackerspace/Quadcopter Quest in Kampala
Previous Next

Awesome news from the HFC Hackerspace, reported by Michelle from the Just Cause Uganda Blog.

We spent the better part of Tuesday morning on a traffic ridden drive to Kampala on a mission. This was because unfortunately, the drone kit contained ask the parts except the propellors!!! So the students working on this hit a major road block and were feeling pretty disappointed!

We of course got online to try and solve this problem but our attempts to locate any place that sells drone parts were futile. This is just not a hot ticket item in Uganda…. Who knew? Still no solution. But then we came up with one other possibility, contacting aerial photography companies and pleading our sob story…. We sent emails to 4 different companies and got a response from one – within ten minutes of sending it! One of the drone pilots, Emmanuel, from a media company in Kampala “Malaika Media”, said he would help us, we just had to come there to meet him in Kampala. 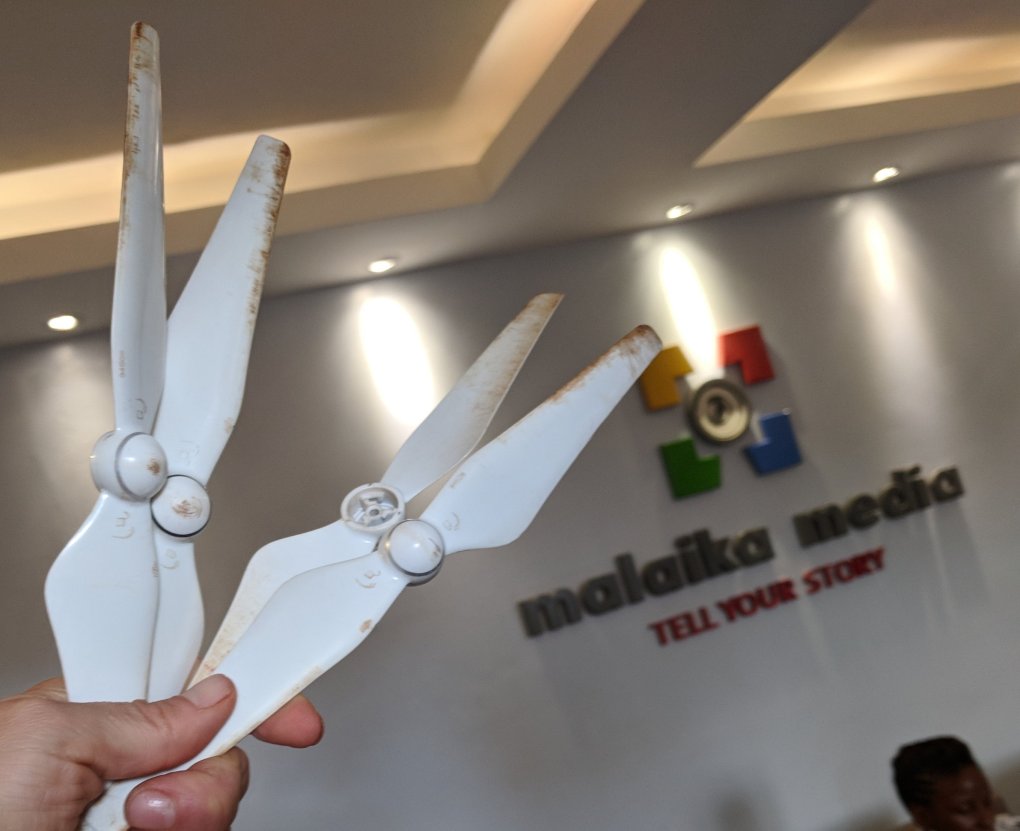 So we did, and sure enough he had 4 routers that with a bit of diy adjustment for attachment, would fit our machine! Not only that, he had even posted on his quadcopter group channels for us to see if anyone had closer fits just in case we got there and his weren’t going to, so he had a lead all ready for us of a drone pilot also in Kampala, selling some propellors that he thought were closer. So then, we made arrangements to meet to check them out. 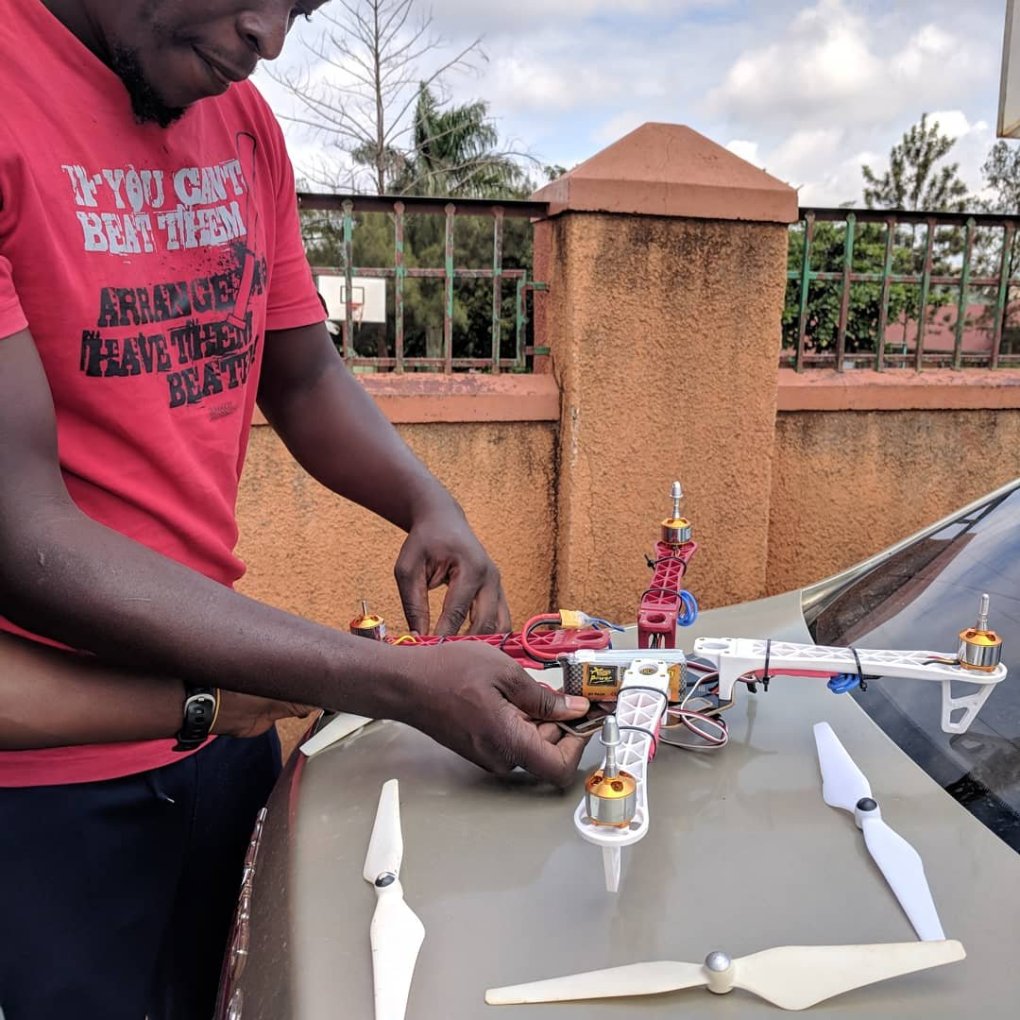 Well this guy turned out to be so enthusiastic and excited that students were doing up a DIY quadcopter that he spent a solid 45 minutes with us…. giving all kinds of instructions, suggestions and examining our half built drone and all its parts on the back of Alex’s car on a dirt road in Kampala!

We invited both of these drone experts to come help the kids learn to fly theirs and they both were really into it! So we made arrangements for them to meet the students in Jinja this weekend for a flying lesson with their drones and some testing and trouble shooting and teaching of some safely protocols as well.

We went to two book stores to locate the missing curriculum documents, teacher guides and updated “Primary Leaving Examination” review and preparation books for Nanso. They did not have P7 until this year so we had not previously purchased any of the books for these classes and there were a few that we had not been able to find in previous years so we tried to get again. This was a quick success and we were in our way back to Jinja.

When we returned, we immediately went to the Hackerspace where Ronnie, Picavet and Baker were so surprised and so pleased that we had gone through this effort for them and that out worked out! When we were sending the emails out Picavet was not very hopeful anything would come from it. The students are all are really looking forward to now finishing the project and having flying lessons from professional drive pilots! We love the mentorship connection we made from this initalally very deflating situation of missing parts that were impossible to buy here! 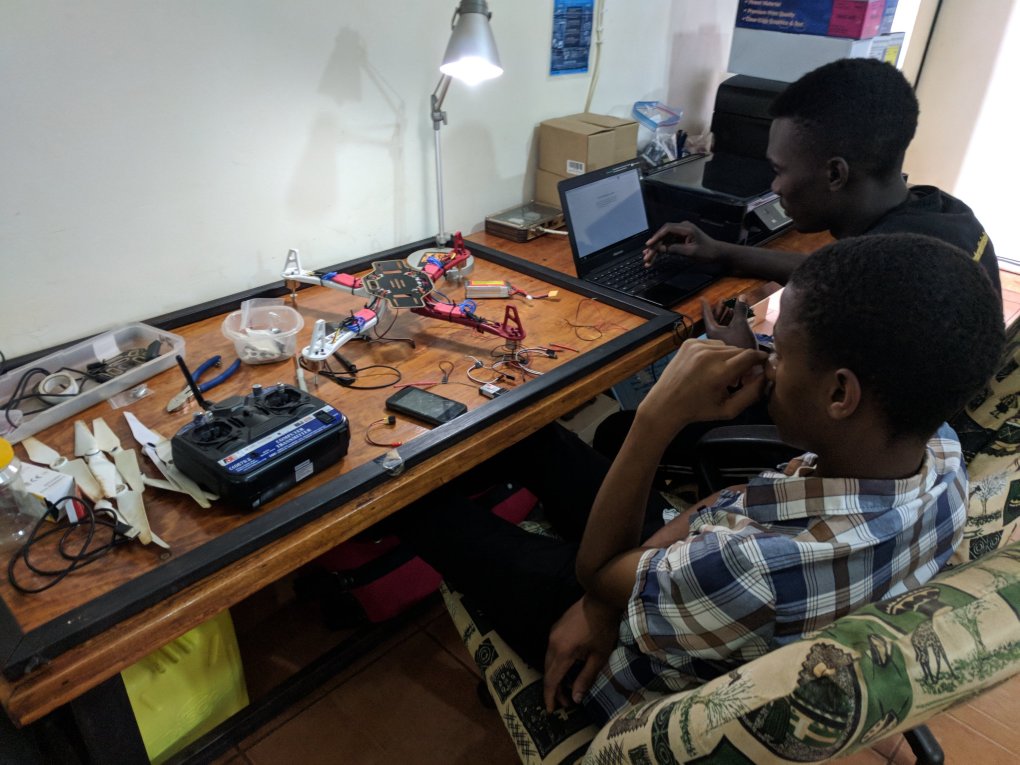